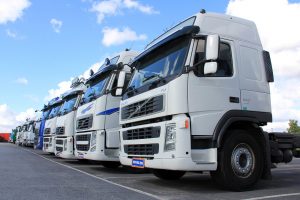 If you’ve just done your HGV training or you regularly drive on motorways or even on conventional roads, chances are you’ve come across a fair share of heavy goods vehicles commonly known as HGVs. Some are usually branded with huge logos on the side, giving you an idea of what they are transporting. Others are entirely blank, leaving you wondering what they are hauling. This can make a fun game to play while on long journeys: Guess what the HGV is carrying.

The point is that while these vehicles are common on the UK road, most individuals take them for granted, not realising how their lifestyles – and the economy in general – rely on them. In this read, we are going to take a look at some of the facts you may not know about HGVs:

Almost All Goods in the UK are Moved By Road

Perhaps the most impressive task about HGVs is that they move about 98% of all goods consumed in the United Kingdom. That consists of everything from food and drinks to clothing, shoes, and jewellery. Road transport is the backbone of the economy and without HGVs, the economy would be in huge trouble. Most of these goods come from overseas, and that’s why there is substantial tension in regards to the outcome of Brexit.

Given the fact that road transport is the backbone of the UK’s economy, it’s not surprising that haulage happens to be one of the biggest employers as well. After all, it is not just the drivers who are involved in haulage, but also individuals who load and unload goods from warehouses and HGVs, transport planners, warehouse managers, and many others. The UK haulage industry alone employs over 2.5 million individuals and this makes the haulage industry the fifth largest employer, behind the NHS, the military and HMRC.

The transportation of goods and HGV driving provides about 600K jobs for the United Kingdom residents. That is 600,000 people who currently have jobs all thanks to the heavy goods vehicle industry. However, only 1.2% of these people are female, meaning there’s some equality that needs to happen. Unfortunately, even with the high numbers, there’s still a shortage in drivers and logistics companies are estimating that they will have a substantial delay in filling 36% of the vacancies as they look for the right candidates and 15% of the vacancies will not be filled at all.

Age is Just a Number

When it comes to working in the HGV industry, you will come across all kinds of demographics. There are male and female drivers, people who have done nothing but drive since they left school and even some who used to be insurance salesmen. However, did you know that the average age of an HGV driver is 48 years? Not just that, but 13% of the drivers are EU nationals.

The Industry is Worth a Lot

Other than being one of the biggest employers in the United Kingdom, the haulage industry is worth a lot. According to estimates, this industry is worth about £124 billion. So, when we say that this is the backbone of the UK economy, we mean it. Haulage makes a lot of money for the UK each year and the numbers are only bound to increase. However, due to the uncertainty regarding Brexit, experts are not so certain about the future of this currently stable industry.

At this point, you already know that HGV stands for a number of things. However, when it comes to the heaviest, things get a bit interesting. For example, there are over 520,000 commercial vehicles that weigh over 3.5 tonnes registered in the United Kingdom. This is around the same weight as that of an African elephant in the adolescent stage. Over half of those vehicles are driven by the Road Haulage Association (RHA) members, which is usually a stamp for a high-quality driver.

As you can see, there is actually a lot about the heavy goods vehicle to know. These are all interesting facts that certainly make you appreciate this impressive industry.